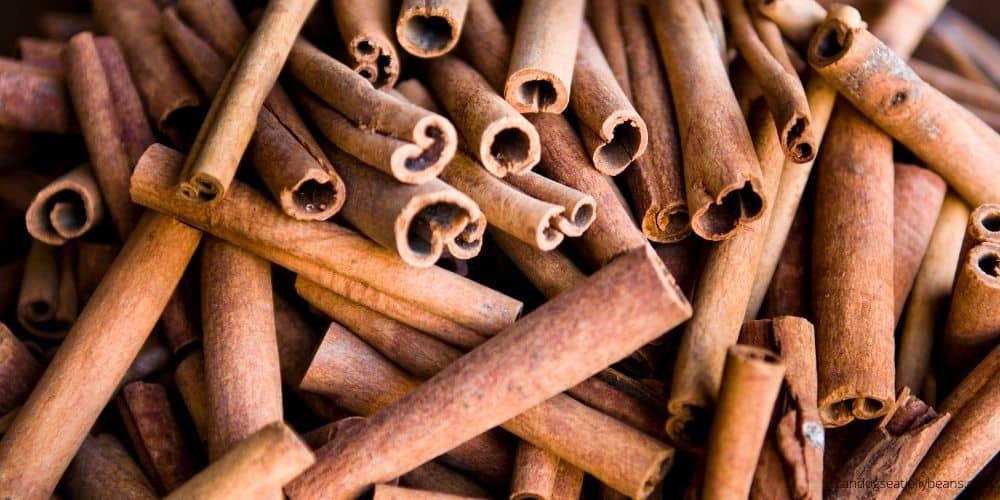 Your dog has been eyeing the cinnamon roll you’re eating, giving you an adorable sad face. But should you give him a taste for good measure, or hide your precious treat to indulge in it later when he’s not around?

Let’s find out the answer to this curious question!

Can Dogs Eat Cinnamon With No Trouble?

Yes. Cinnamon isn’t one of the foods that’s toxic to dogs. So, your little puppy can have a little bite of your delicious roll after all. Still, remember that everything is best done in moderation.

See, consuming too much ground cinnamon or nibbling on cinnamon sticks may be unhealthy for both humans and dogs. It could ultimately lead to skin and digestive irritation. Therefore, it’s best that you serve your dog food that includes cinnamon on occasion.

How Much Cinnamon Is Safe for Dogs?

The term ‘in moderation’ can vary from one person to another. So, you must know how much cinnamon might be too much for your furry friend.

According to the Pet Poison Helpline, dogs can show troublesome symptoms if they consume more than one teaspoon of cinnamon. Yet, when it comes to essential oils, experts have found that they cause trouble at lower dosages.

Also, smaller dog breeds tend to be sensitive to smaller amounts of cinnamon than larger dogs are.

What Happens If My Dog Inhales or Eats Too Much Cinnamon?

Inhaling cinnamon powder can cause a dog to cough, sneeze, or choke. He might have trouble breathing, which is the last thing any pet parent wants to face.

Also, eating too much cinnamon could lead to many unwelcome symptoms in dogs. For instance, the dog might start vomiting or having diarrhea. Plus, overdosing on cinnamon could increase the heart rate and reduce the blood sugar in a dog.

As a result, this could lead to liver disease.

Can My Dog Have Baked Goods That Include Cinnamon?

The good thing is that baked goods will usually include a little amount of cinnamon. So, in general, they should be safe for your dog to eat. But it’s crucial that you ensure that the treats don’t include other ingredients that can be toxic to a dog, such as:

Most baked goods that are made with cinnamon also contain nutmeg, which is an absolute no-no for dogs. This spice includes Myristicin, and it’s a toxin that can cause hallucinations, high blood pressure, or even seizures.

Therefore, your best bet is to bake something especially for your dog to ensure it’s completely safe. This way, you get to control the ingredients to keep your buddy healthy and happy.

To Wrap It Up

‘Can dogs eat cinnamon?’ Some of us might wonder.

The short answer is, yes, dogs can eat cinnamon without facing any trouble. Just make sure that your furry friend doesn’t consume more than one teaspoon of this spice at a time.

Also, ensure that the treat you’re giving your dog doesn’t contain nutmeg, nuts, raisins, or chocolate. Now that all’s clear, your dog can enjoy a tiny bite of your dessert! 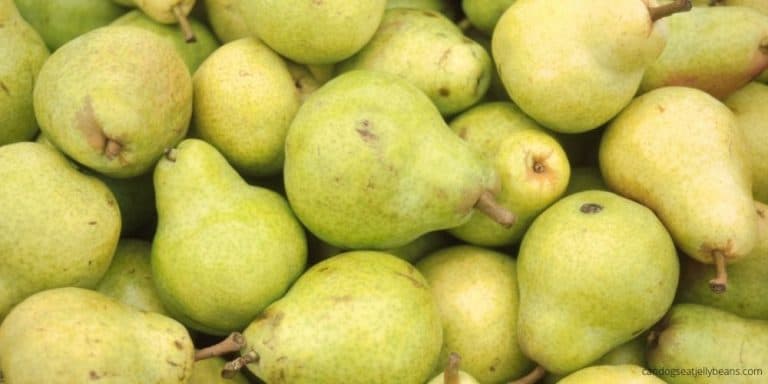 What’s not to love about pears? They’re delicious, nutritious, and crunchy! Can dogs eat pears, though? The answer is, yes! Pears are filled with essential nutrients and can boost your dog’s health. However, there are some things to be mindful of before spoiling your dog with a ripe slice. In this article, we’ll talk about… 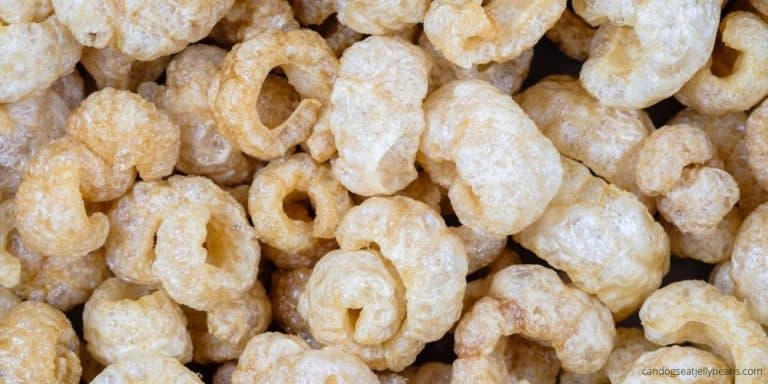 Typically sold in gas stations and convenience stores, pork rinds are made from deep-fried pig skin. They’re ideal Keto snacks because they’re high in fat and contain zero carbs. Plus, they’re crispy and flavorful! If you ever find yourself wanting to share a rind or two with your furry friend, you might find yourself asking:… 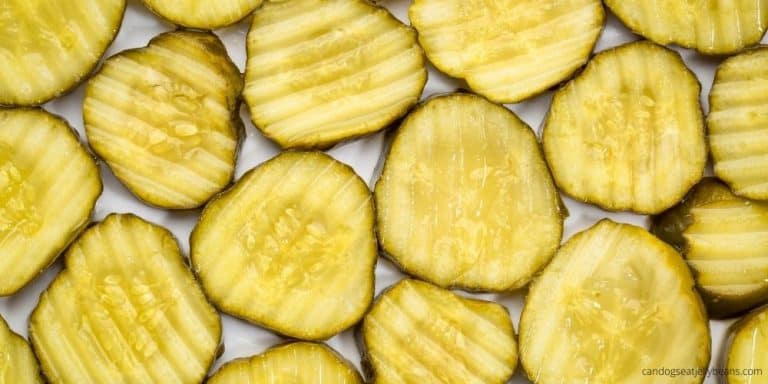 Who can resist that salty, crunchy piece of juicy pickles? They’re the perfect side dish for sandwiches, wraps, and burgers. Though, when you have an adorable pup at home, things can get complicated. Your canine friend has a habit of begging for food, which leads us to our question: can dogs eat pickles? Here’s the… 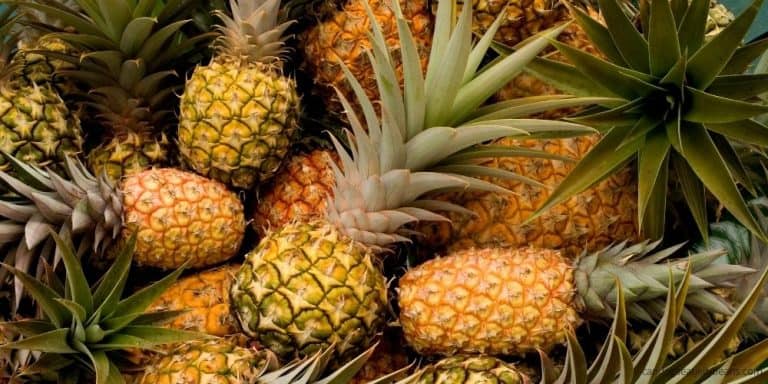 Many fruits are safe for dogs to munch on, and the tropical pineapple is one of them. Still, there are certain precautions and guidelines to consider before giving pineapple to your pet canine, so keep reading to learn more. Can I Give My Dog Pineapple? Yes, you can feed pineapple to your dog since it’s… 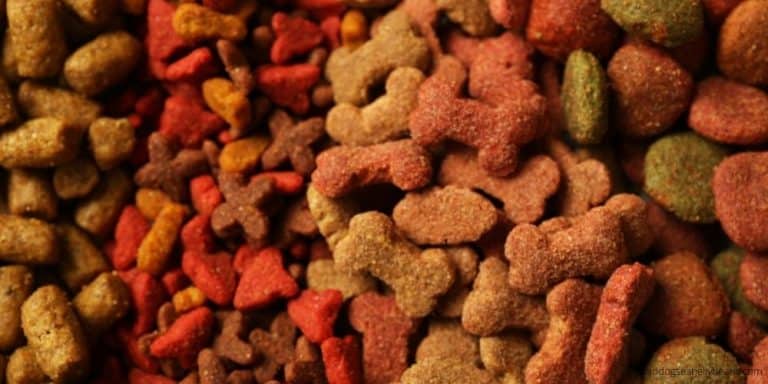 Is your pooch growing but still loves puppy food? Do you satisfy his urges to keep him happy? Or maybe you have more than one dog at different ages. If so, then dinner time must be hectic. Some owners just buy puppy food, regardless of how old their dogs are. If this is the case,… 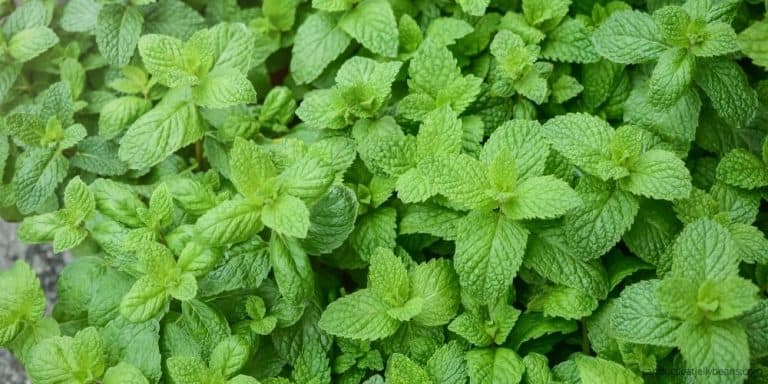 In moderate amounts, mint is a good source of antioxidants and vitamins. Fresh mint leaves are great when added to salads, sauces, and desserts. So, they’re safe for us, but what about our four-legged friends? A common question asked by many canine owners is: can dogs eat mint leaves? The quick answer is yes and…