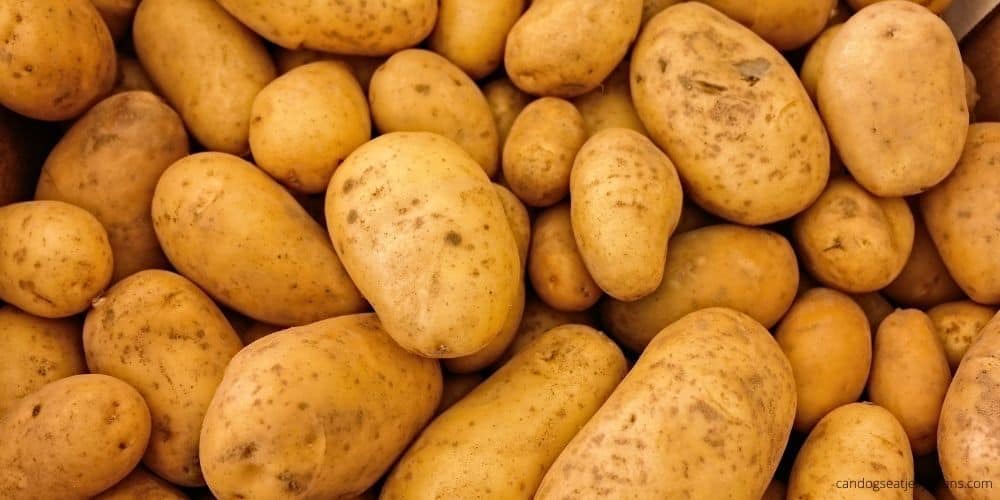 Potatoes are among the most delicious, versatile, and comforting food in the whole world! Whether it’s fried, mashed, roasted, or grilled, this food is hands down the king of side dishes. It’s not a huge surprise then that potato snacks are also a dog’s favorite.

Two questions have to be asked though: can dogs eat potatoes? And what’s the best form for canines?

Potatoes are rich in potassium, healthy carbs, vitamin C, vitamin B6, manganese, and magnesium. In addition to a bunch of other micronutrients that boost overall wellness.

They’re known to control blood sugar, increase the good bacteria of the gut, and reduce insulin resistance. The fiber content also helps in regulating bowel movement, which in turn assists the body in getting rid of toxins regularly.

It’s worth noting though that these benefits were studied primarily in omnivorous subjects.

Many people plant potatoes in their backyards, as this tuber is pretty easy to cultivate. Your dog might find its way to a raw potato, and probably munch on it, so is that an issue? Yes, it is. And pet owners should do their best to keep their dogs away from any uncooked potatoes.

That’s because potatoes are a nightshade crop, much like aubergines and tomatoes. This family of produce contains a substance called solanine, which could be toxic or difficult to process. Solanine decreases when heated, so this risk isn’t too large in cooked potatoes.

There are many ways for cooking potatoes, but only the simplest methods are suitable for dogs. Deep-fried and heavily seasoned potatoes are definitely off the menu, as they’re too complicated for a dog’s digestive system.

These foods also contain excessive amounts of fats, spices, and herbs which are outright harmful to canines. Not to mention that they have tons of empty calories.

Baked, grilled, or boiled potatoes are the best options that you can give your dog as an occasional snack. And make sure that it’s still bland without any added salt, spices, sauces, or herbs.

On July 19, 2018, The UC Davis School of Medicine issued a summary of an investigation regarding the use of potatoes in dog food. This note included concerns that dog foods containing potatoes, legumes, and other vegetables as the main ingredients could cause serious health issues.

A cardiac disease known as canine dilated cardiomyopathy, also known as DCM, was observed in an alarming number of dogs from various breeds. The almost too vegan diet that they had was the common factor between all of them. And it seemed to weaken the muscles of their heart significantly.

Potatoes are a staple in every household, and they have such an empowering smell that humans and canines alike can’t resist.

Luckily, it has a good nutritional profile. However, as far as canines are concerned, it should only be served boiled, grilled, or baked. It should also be bland with no flavoring whatsoever. Finally, potatoes should only be an occasional snack rather than a meal replacement. 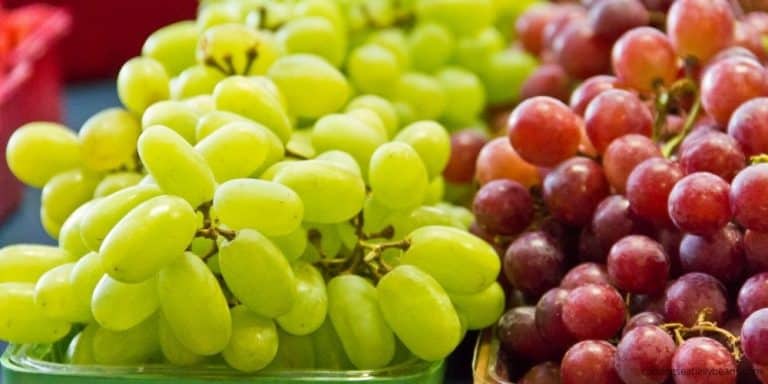 We have a tendency to share our food with our dog friends. What encourages us to do so is that many of the “human” foods are safe for dogs, right? Well, as it turns out, there’s concern around some foods—such as grapes and raisins. This begs the question: can dogs eat grapes? Let’s find out!… 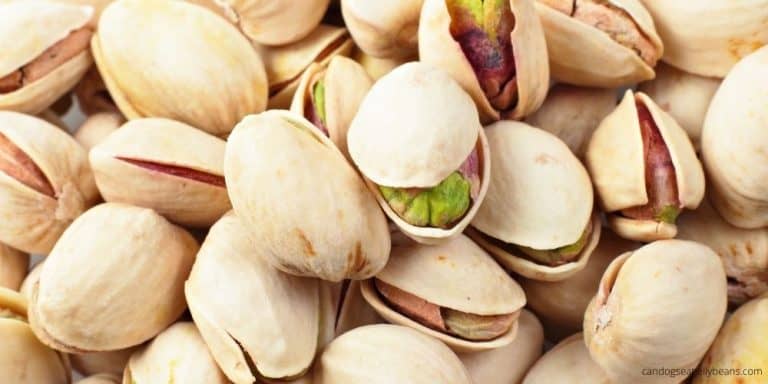 You’re sitting there, minding your own business, munching on some pistachios. Then, your dog appears out of nowhere and starts nibbling away. What do you do? Do you let the dog snack away? Or do you snatch away your hand? Can dogs even eat pistachios? Or are they toxic? In short, yes, dogs can eat… 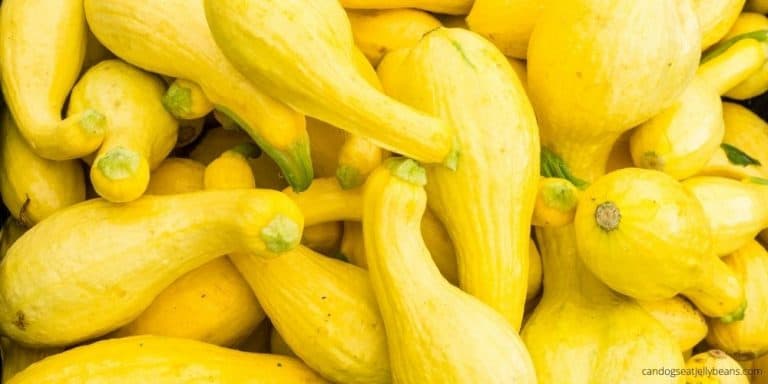 Yellow squash is a hearty ingredient that you can incorporate into many recipes. You can make a yellow squash stew, add it to your soup, or even roast it as a side dish with your meat or poultry. But while you’re in the kitchen, you might be asking yourself: Can dogs eat yellow squash? Should… 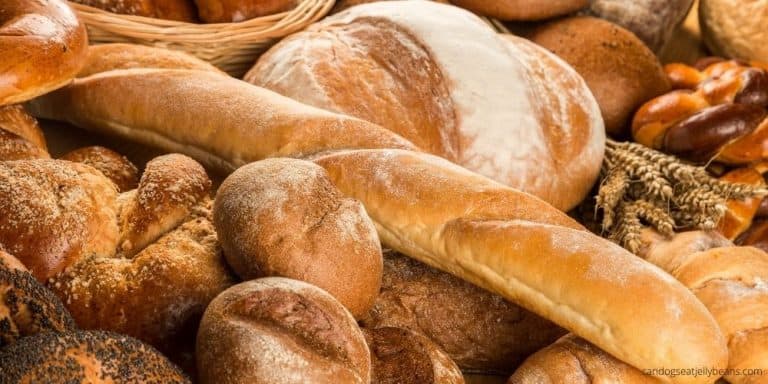 It can be hard to resist the puppy eyes that your dog directs at you sometimes, especially when you’re eating something he’s interested in. One of the many foods that dog owners often give their dogs is bread. But, can dogs eat bread with no issues? In this article, we’ll answer your question as well… 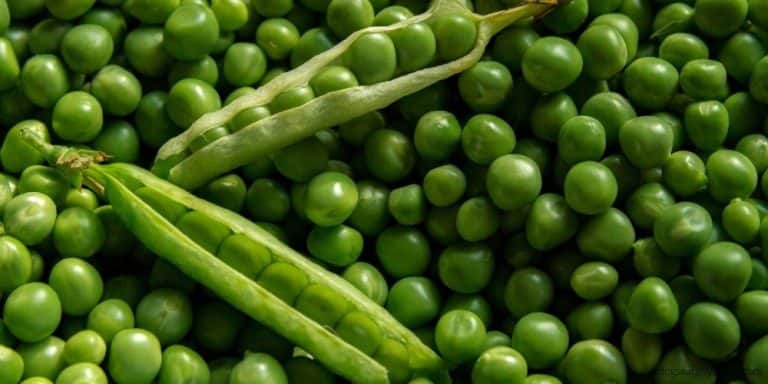 When spring approaches, green peas become fairly abundant in markets. If you enjoy eating them, you’ve probably thought about giving your dog some. However, since many veggies are typically unsafe for dogs, you might be wondering “can dogs eat green peas?” In today’s article, we’ll walk you through a brief guide that answers this question… 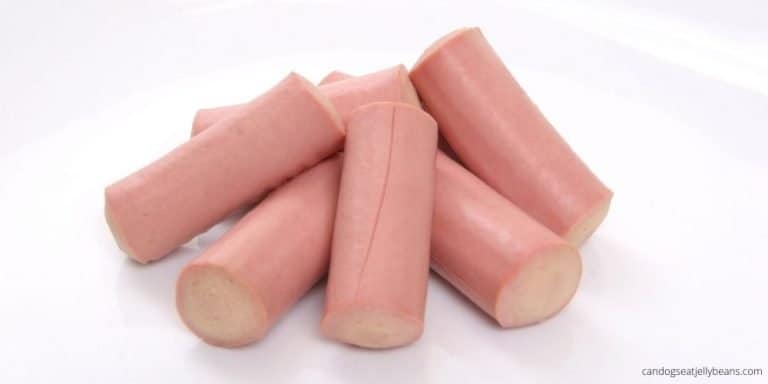 It’s hard to resist a bite out of a well-seasoned Vienna sausage. Whether it’s chicken, beef, or turkey, Vienna sausages can make anyone drool over them. Humans can get away with one or two sausages every now and then, but dogs are usually much more vulnerable to processed foods. Next time your dog comes for…